This “Brahmavihāra Dhamma” expounded by the Venerable Mahāsī Sayādaw, Agga Mahā Paṇḍita reveals the systematic method of developing Mettā, loving-kindness, etc., towards all beings and the way to lead a Life of Holiness. The style of presentation and the informative material contained therein stand witness to the depth and wealth of mature spiritual and scriptural knowledge of the eminent Author. The warmth and sympathetic understanding of the human nature with which the author is moved, reflects the noble qualities of a true disciple of the Buddha who was committed to the weal of all living beings, and who had throughout his lifetime from the time of His Supreme Enlightenment, devoted his Compassionate skill to the aid of others for their emancipation from the woes, worries and sufferings.

A careful reading of this Dhamma followed by an unfailing practice of meditation that has been clearly instructed in this text of Dhamma will, I believe, amount to hearting a fortune in the shape of happiness in the present life time as also the spiritual attainment.

Buddhism, as a world religion, has proved to be a guiding force to human civilization and to all mankind who are in misery. Life, in fact, is full of sufferings, and what is seemingly pleasurable is in reality miserable. It was only after the appearance of Buddhism which inculcates moral discipline and Mettā, Loving-kindness, that the people will find a happier and peaceful world. The way to cultivate Mettā and Compassion (karuṇā) has been vividly shown in this Brahmavihāra Dhamma, apart from other finer qualities which a man should possess and practise for the sake of one’s own benefit and of other sentient beings. Full instructions are given in this text of Dhamma to develop the noble practices particularly the four Brahmavihāra, namely, Mettā, Karuṇā, Muditā and U pekkhā according to what has been taught by the Buddha in a subtle and profound way with Great Compassion flowing freely towards all creatures that live. Buddha could see how all beings are suffering and bearing the burden of their khandhās for so long as they are drifting along in the tide of Samsāra. The Dhamma has taught us to have also karuṇā, pity, for others in distress including animals from minute ones to enormous creatures. This has been elucidated by the Venerable Mahāsī Sayādaw to enable us to clear away the dust in our eyes to discern the truth.

This text of Dhamma is enriched with a number of anecdotes which go to illustrate with lucidity the value of developing loving-kindness, compassion and rejoicing in others’ prosperity and happiness, and also how to control anger, avoid envy, practise patience and Self-reliance and other virtues. It has been emphasized that human life is vulnerable to pain and suffering. Life is a process of change from the simple to the complex, birth to death, from beginning to end. Nothing ever remains the same in a man, which is composed of rūpa and nāma which are arising and vanishing at every moment of seeing, hearing, smelling, tasting, contacting and imagining. The appearance and disappearance of vibrating manifestations are the becoming and cessation process of rūpa-nāma, which are transient by nature. This fact of “impermanence” brings in its wake discomfort, pain, illness and unhappiness as also what is erroneously considered as joy and pleasure which are in fact, sukha-vedanā. Preaching has been made that a certain person who is not disciplined in morality will lack wisdom, and in consequence, even a trivial evil committed by him will lead him to the state of misery. Buddha has taught us to pave our own way for salvation, i.e., to practise nobly and diligently to get rid of all miseries. Buddha could only teach us the way to happiness. Purity and impurity belong to oneself no one can purify another”, says the Buddha. This brings us to the law of kamma. We are the heirs of our own kamma, good and bad actions of what we have done in the past and what we are doing now. In the matter of developing karuṇâ towards a being who is suffering, and in extreme misery beyond succour, one will have to nurse a feeling of indifference-‘Upekkhā‘. In essence, it is to view the fate of that being as “kammassakā ” i.e., every living being has only kamma as his own personal property in possession. Good kamma produces good, and bad kamma produces evil, e.g., “generosity” yields wealth; “morality” causes one to be reborn in noble families in states of happiness; “anger” causes ugliness, and so on. These have been shown citing relevant stories which are authentic as preached by the Buddha.

Rare indeed is this Dhamma which has been so elaborately expounded by the author, the Venerable Mahāsī Sayādaw that our heartfelt gratitude goes to the Sayādawphayāgyi, and also to U Thein Han, a retired Judge and an Executive Member of this Buddha Sāsana Nuggaha Phayāgyi Organization, for his pains in taking tape-recordings of this noble Dhamma preached by the Venerable Mahāsī Sayādaw for sixteen times to make a full coverage of the subject. These recordings were copied in writing and the manuscript was put up to the Sayādaw for kind scrutiny, rewritings and approval before the final draft went to the Press.

Life has been described as a continuous becoming (bhava) like a wheel moving on and on upon the wilderness of Samsāra. One is born, one grows and suffers, and eventually dies to be reborn and continues the endless journey called ‘bhava‘-life existence, Buddha has pointed out that Insight Knowledge, called Wisdom can be gained only by way of achieving Sīla, Samādhi and paññā through the Noble Eightfold Path. Wisdom, therefore, constitutes the great ‘accomplishment’ for an aspirant. One who aspires should know the true characteristics of anicca, dukkha and anatta through serious contemplation and noting, which will finally lead towards complete liberation from sufferings after attainment of magga-phala-ñāṇa. The Venerable Mahāsī Sayādaw has given us guidelines to achieve that insight wisdom by the practice of Vipassanā even while developing mettā, karuṇā, etc. Impermanence of all things are evident. When we are young, we are only a vaguely aware of these things. It is because lack of wisdom, health and vigour acts as barriers against the onslaughts of life. With the passage of time as we grow older with grey hairs and other signs of decay, we come to see what is actually happening to us in true perspective, and the significance of the ceaseless change occurring in us and things around us. Buddha’s teaching is as vital and relevant to-day as it was when he lived centuries ago.

I have translated this wonderful Dhamma with as much scholarly accuracy as I could possibly do, and with my humble spiritual perceptiveness that is within my practical knowledge of the Dhamma which I have been able to acquire under the guidance of my spiritual teachers.

May this humble work contribute towards a wider knowledge of the Dhamma and a deeper appreciation of the morality of Buddhism which is highly pragmatic.

May the constant practice of the Dhamma on the lines indicated in this text prevent akusala and ultimately destroy all the fetters that keep us away from our final goal, Nibbāna. 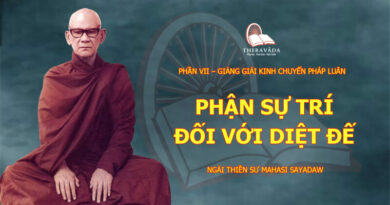 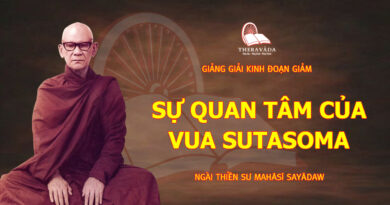 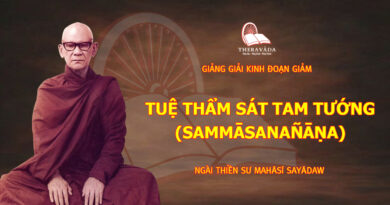 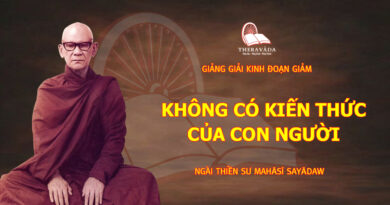 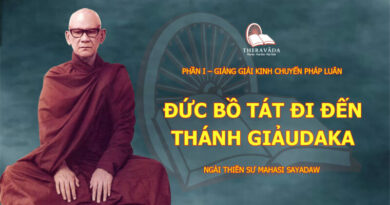