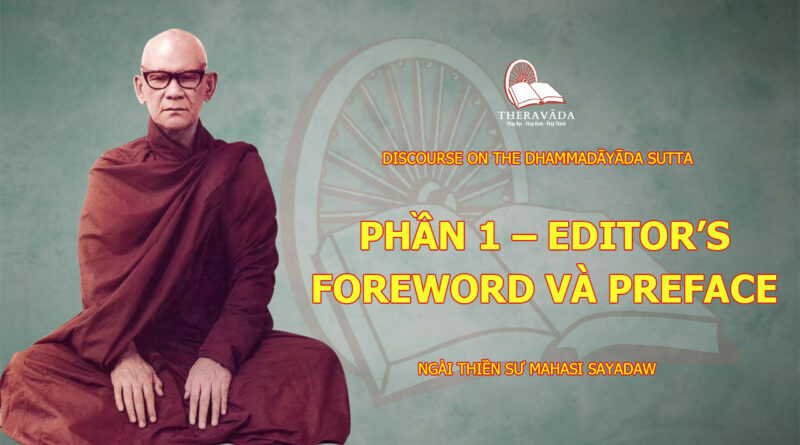 A Discourse on the Dhammadāyāda Sutta

As with my other editions of the translated works of the late Venerable Mahāsi Sayādaw, I have removed many of the Pāḷi words for the benefit of those who are not familiar with the technical terms.

References are to the Pāḷi text Roman Script editions of the Pali Text Society — in their translations, these page numbers are given in the headers or in square brackets in the body of the text. This practice is also followed by Bhikkhu Bodhi’s modern translations, like that below:

Thus, a reference to M.i.14 would be found on page 14 of volume one in the Pāḷi edition, but on page 98 of Bhikkhu Bodhi’s translation. It would be on a different page in Miss I.B. Horner’s translation, but since the Pāḷi page reference is given, it can still be found. In the Chaṭṭha Saṅgāyana edition of the Pāḷi texts on CD, the references to the pages of the PTS Roman Script edition are shown at the bottom of the screen, and can be located by searching.

I have attempted to standardise the translation of Pāḷi terms to match that in other works by the Sayādaw, but it is impossible to be consistent as the various translations and editions are from many different sources. Aversion (dosa), ill-will (byāpāda), hatred (paṭigha), anger (kodha), and malice (upanāha), have subtle shades of meaning that overlap in English and Pāḷi.

This Dhammadāyāda Sutta exhorts the bhikkhus to be heir of the Dhamma, not heirs of material requisites. The Sayādaw delivered the discourse in December 1970, on the occasion of the annual assembly in Mahāsi Yeikthā, Rangoon, to exhort his disciples to adhere strictly to the Vinaya discipline, and specifically to abstain from accepting money — a corrupt practice that is now almost universal among bhikkhus.

This edition may still have some minor defects, but I hope it is good enough to be useful. As my time permits, I will gradually improve it.

If you find any errors, please let me know.

This is the English translation of Venerable Mahāsi Sayādaw’s talk on the Dhammadāyāda Sutta. The talk was given on the occasion of the annual exhortation and homage day in 1970 and it was repeated on a similar occasion in the following year. The fact that Venerable Sayādaw gave the same talk twice leaves no doubt about the deep significance of the sutta.

In fact, the Dhammadāyāda sutta of the Majjhimanikāya is an important teaching of the Buddha that deserves the serious attention of those who adore the Buddhadhamma. For the substance of the sutta is that as worthy disciples of the Buddha, bhikkhus should avoid the pursuit of material wealth and seek the heritage of the Dhamma through the practice of the Noble Eightfold Path. This message accords with the basic teachings of the Buddha.

From the Buddhist point of view the root cause of suffering is desire and so it is necessary for us to overcome desire as much as possible if we want to achieve liberation. This teaching especially concerns the bhikkhus who as dedicated disciples of the Buddha are supposed to have set their heart on nibbāna. The Buddha founded the Saṅgha as a community of men and women who seek inner peace and liberation through non-attachment. The bhikkhus’ way of life based on the ideal of non-attachment is familiar to everyone who has studied the Vinaya Piṭaka, the division of the Pāḷi Canon that deals with the disciplinary rules for Buddhist monks.

The bhikkhu is expected to share his daily almsfood with other monks. In the words of the Buddha, “Even if it were his last morsel of food, a monk would not enjoy its use without sharing it, if there were anyone to receive it.” (Udāna) The hoarding of food is forbidden and so is the possession of property other than the bare necessities of life. Even so, according to Miss I. B. Horner, an English Pāḷi scholar who has made a special study of Vinaya Piṭaka, some rules relating to the begging bowl “point to a time when communal ownership was more actual then nominal.” The Vinaya Piṭaka specifies miscellaneous items of property such as a dwelling, bed, chair, vessel, crockery, etc., which belong to the Saṅgha and cannot be given to an individual monk either by gift or division.

Of all the material objects of human desire the most alluring is gold which has enslaved many people. The bhikkhu is, of course, strictly forbidden to possess gold or silver and the Vinaya Piṭaka contains detailed instructions for dealing with cases of transgression. If a monk receives any gold or silver, he is required to confess his transgression to the Saṅgha and forfeit it. The forfeited object is then handed to a layperson who may purchase for the monks what they are permitted to receive. This the monks may all use except the guilty monk. If there is no layperson to accept the gold, a trustworthy monk is officially assigned to discard it. He must not take any notice of where it falls.

Professor Oldenberg’s comment on the monastic prohibition against the possession of gold and silver is worthy of note. He says: “By nothing so clearly as by this prohibition and by the obedience which it has obtained is it guaranteed that the ancient Buddhist Order did really remain free and pure from all hankering after worldly power as well as worldly enjoyment. Never could it have so completely surrendered the possession of gold and therefore all possibility of outer action, had it not been in truth precisely that alone which it professed to be, a community of those who sought for peace and deliverance in separation from everything earthly.” (The Buddha, p.358)

Of course the Vinaya Piṭaka reflects only the way of life in the early Buddhist Saṅgha. About 200 years after the parinibbāna of the Buddha the first schism occurred over the issue of the acceptance of certain kinds of offering from the laity. It is said that today in Sri Lanka there are landlords among the bhikkhus and even in Burma, which prides herself on having preserved the purest Theravāda tradition, the Saṅgha as a whole is a far cry from the ideal society envisioned by the Buddha. Nowadays many Buddhist monks are intent on seeking their material welfare rather than on living up to the teaching of the Buddha.

This preoccupation of the monks with the pursuit of material wealth is a matter of grave concern to Venerable Mahāsi Sayādaw as well as to other Buddhists, monks and lay followers alike, who have the welfare of the Buddha’s dispensation at heart. Hence Venerable Mahāsi Sayādaw’s emphasis on the need for the practice of non-attachment in many of his talks. Thus in his discourse on the Sallekha Sutta he says: “A bhikkhu should not ask for food, robes, or dwelling unless the person who is thus requested happens to be his relative or has invited him. Neither should he nor other bhikkhus use anything that is received in this way. Asking outright for donations as is being done nowadays is very unbecoming for a bhikkhu. A bhikkhu should not show signs or make indirect remarks that would induce a layman to offer food or robes.”

In short, a good bhikkhu is a monk who lives up to the teaching of the Buddha, thereby making the heritage of the Dhamma (Dhammadāyāda) the cornerstone of his way of life. Such a bhikkhu need not bother about food, robes, and other necessities of life for he is assured of material comforts in a predominantly Buddhist country like Burma. It is common knowledge that lay Buddhists will vie with one another to offer the best food to the monks who are respected for their moral purity and spiritual attainment.

We believe that the Venerable Mahāsi Sayādaw’s talk on the Dhammadāyāda Sutta will receive the serious attention of all Buddhists, monks and lay followers alike, who have the welfare of the Buddha’s dispensation at heart. It will be appreciated by those who want to understand the Buddha’s message and follow his noble teaching for their inner peace and liberation. 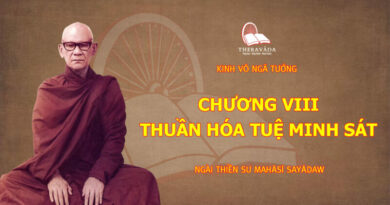 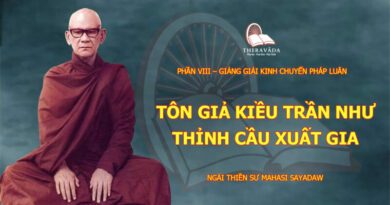 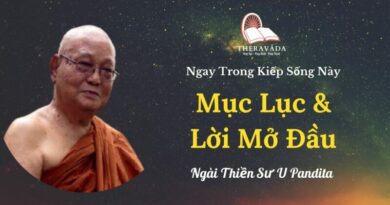 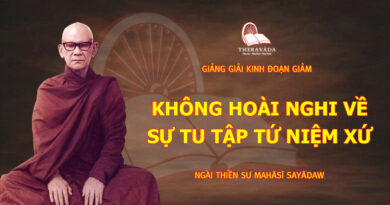 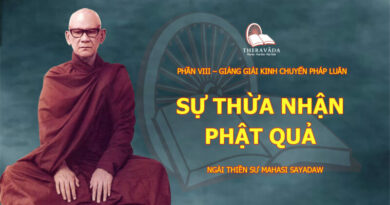 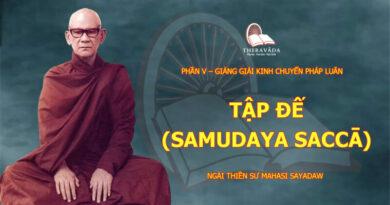