The Great Discourse on the Wheel of Dhamma

Translated by U Ko Lay

PREFACE TO THE DISCOURSE

Today is the New Moon day of Tawthalin. Starting from today, we will expound the First Sermon of the Blessed One, namely the Dhammacakkappavattana Sutta commonly known as the Great Discourse on the Wheel of Dhamma.

Being the First Sermon ever delivered by the Blessed One, it is the most ancient and the most straightforward of His Teachings. Rare is the person, amongst the laity of this Buddhist country of the Union of Burma, who has not heard of this discourse. Numerous are those who have committed this Sutta to memory. There are in almost every town and village, religious groups under the name of ‘the Wheel of Dhamma Reciting Society’, devoted to group recitation of the Sutta and listening to it. Buddhist followers regard this Sutta with great esteem and veneration as it was the First Dispensation of the Blessed One.

There are now in existence numerous Nissaya or other forms of translation, explaining and interpreting the Pali version of the Sutta in Burmese, but there is scarcely any work which explicitly shows what practical methods are available from the Sutta and how they could be utilized by the ardent, sincere meditators who aspire to gain the Path and its Fruition.

We ourselves have expounded this Sutta on numerous occasions, emphasizing on its practical application to meditation. We formally opened this (Rangoon) Meditation Centre with a discourse of this Sutta and have repeatedly delivered the Sermon here. Elsewhere too, wherever a meditation centre was newly opened, we always employed this Sutta as an inaugural discourse.

TẢI SÁCH EBOOK TẠI ĐÂY: The Great Discourse on the Wheel of Dhamma 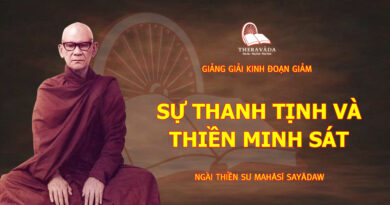 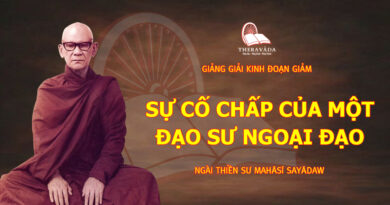 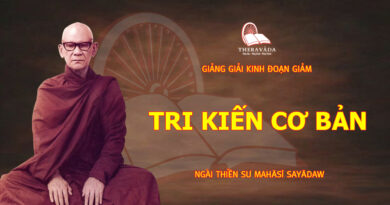 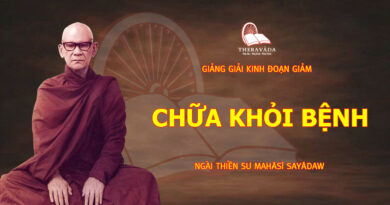 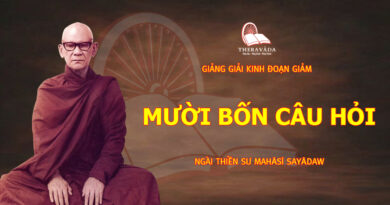 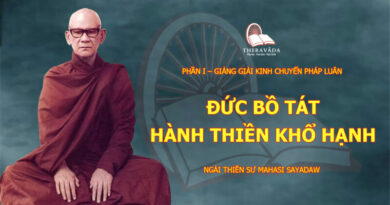